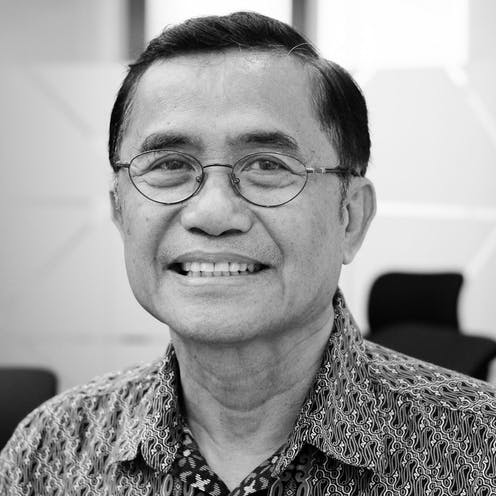 In 1999, he served as Chairman of Indonesian Biologist Association, Jakarta Chapter. In 2006, he was elected President of South East Asia Primatologist Association, and in 2007 he was assigned as Chairman of IUCN-SSC PSG South East Asia. He has also been an active member of several international organizations: IUCN-World Conservation of Protected Area, IUCN- Specialist Survival Commision-Primate Specialist Group, International Primatological Society, Society for Conservation Biologist, and many others. He served several high-level assignments by the Government of Indonesia. For his dedication at the conservation and environment works, he received a distinguished award from his Royal Highness Prince Bernhard of the Netherland in 1999 as an Officer of the Most Excellence Order of Golden Ark Award. In 2009, he also received the most privileged award from President B.J. Habibie, or Habibie Award for Outstanding Achievements on Natural Science research in 2008. In 2011 He also received Achmad Bakrie Award for his contribution in the field of science in Indonesia. He has published nine books.

The latest one being Indonesia Primates published by Springer, New York. He obtained his Master of Science (1986) and Doctorate (1991) from the University of New Mexico, USA, and Pre and Post-Doctoral from Columbia University in New York. There are two species that are named after him, namely Draco supriatnai (reptile) and Tarsius supriatnai (mammal).